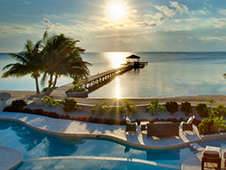 Car rental in Belize from 77 euros per night

Belize – a small, very picturesque and hospitable country. It is located between Mexico and Guatemala. Every year in Belize comes more and more tourists from all over the world to enjoy the exotic nature and taste of the national cuisine, as well as swimming in the Caribbean Sea. The former British colony is growing rapidly and will melt more comfortable for travel, preserving the best traditions.

If you decide to come to Belize and see not just one city, but also the entire country, there is a great way to save them: for this you need to take the help of website bookingcar.ru – rent a car. If you came to Belize on a plane, then you can pick up the car and the international airport Phillip Goldson Belize, which is the largest airport of the country.

Movement in Belize right hand, as well as in Britain. Although the country has signed the Geneva Convention, the tourists still need a driver's license of international standard. If you are bringing national, they are taken into account only if you have at itself, and international law.

Roads in Belize are still in a very poor condition. In the entire country there are only four tracks, each of them on two lanes, one in each direction. Often, to disperse, cars are forced to move down the road and pass another car. On the old road since colonization, things are even worse.

The main rules of the road, which you should keep in mind:

The cost of fuel for the rented car in Belize

The network of filling stations in Belize is well developed only in the cities. Also, regular refueling caught near the highway, but less frequently. If you are going to rent a car to drive through the jungle with a city in Belize in the other - well refuel. The cost of a liter of gasoline today - 1.13 US dollars (or 2.26 Belizean). Diesel slightly cheaper - 1.01 (2.02) dollars.

The average speed in populated areas is limited to 20-25 miles per hour (40-50 km). On the route allowed to move at a speed of 55-60 miles per hour (80-90 km). Many violate this rule, which together with poor road surface makes the road trip to Belize rent a car is very dangerous. Transportation accident statistics occupy the first place in terms of fatalities.

Fines are high, and is mainly paid through the courts. The police stopped motorists rarely, but that's no reason to break. Extreme Roads Belize missing. In addition, in connection with the leased car in Belize may be the following situation: your breach recorded and transferred the case to court. When returning a rental car on it already can "hang" fine. Then the company rolled just write off money from your credit card.

Reviews
Rent a car in Belize