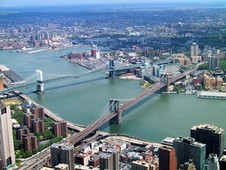 Los Angeles is the city of the American Dream, the “Dream Factory”, where the most famous and rich, the talented and the brilliant, the intellectual elite and creative bohemia live. It is truly a paradise, where oranges ripe year-round and bright sun never stops shining. This City of Angels delights, stuns and strikes even the most spoiled tourists at first glance.

Renting a car directly at the airport in Los Angeles will enable you comfortably travel through the most beautiful places of American prairies, visit the best amusement parks and attractions, relax on famous embankments and taste the delicacies of the finest restaurants. To rent a car, you don’t need to waste precious time looking for offices and rental companies on arrival for you can right now book a car through bookingcar.ru. We will help you choose the best rental deal at an affordable price offered by America’s leading car rental companies.

If you hired a car in Los Angeles and were stopped by a police officer, do not get out of the car; keep your hands on the wheel. The police officer will approach you, check your documents and, in the case of violations, will issue a fine. You can pay the fine through the bank or on the Internet. Fines are not collected on the spot.

The U.S. has the following speed limits:

Having rented a vehicle in Los Angeles, you can park in designated areas. All parking spaces are marked with different colors:

The average parking cost is about $4 for 2 hours in downtown Los Angeles and about $12 for the entire day.

The maximum permissible level of alcohol in the blood is 0.08 ‰. Exceeding this level incurs not only severe fines but other penalties such as a long driving ban and even an imprisonment.

Unlike road signs in Russia, signs in the United States are duplicated as inscriptions, and visual images are often absent. Speed limits are indicated in miles and are accompanied by the inscription “Speed Limit”. You low-beam headlamps should be switched on at any time of the day. It is not allowed to carry an open container of alcohol inside a vehicle. Overtaking school buses picking up or dropping off children is strictly prohibited.

Gas stations in Los Angeles sell 87 (Regular), 89 (Midgrade) and 92 (Premium) gasoline. The first is suitable for almost all vehicles. Prices are per gallon, which is equal to approximately 3.79 liters. Refueling can be paid for by credit card. The sequence of actions is usually shown on a board. When using a credit card at some gas stations, you will be required to specify the zip code where the card was issued. The cost of a gallon of fuel is about $3.30 per gallon. To pay for gasoline using a credit card issued in Russia, you can contact a cashier at the spot.

In the United States, there are some toll roads and they are designated as “Toll Road”. To pay the toll, you need to move out from the main road into a side lane. When renting a car in Los Angeles, you can ask for the EZ Pass device. With this device, you can use a toll road without stopping to pay. Data in this device are read automatically and the bill will be sent to the car rental company, which will in turn charge your credit card for this amount.

Average Rating 4.6/5 , 2176 opinions
Wim Vermeulen
Together with friends we traveled along the roads of the Netherlands. Since there were 7 of us, we rented a minivan for 7 seats and went to have fun. We rented the van via this resource and it was convenient for us, as all options were already included in the cost, and there was no need to pay extra charges. In general, the cost was ridiculous for 7 people. The site is simple, understandable and reliable.
Vladimir Shmidt
We had a wonderful trip along the evening desert while traveling to Dubai. We rented a car at home in advance via the site Bookingcar. We decided to do it due to the peak season of such trips in order not to remain without a car. There were no problems or difficulties in obtaining or returning the car. Everything was perfect!
VIKAS BAJAJ
We had a great trip to Poland. Most of the time we spent in small towns and farms. Everything was very nice and home-like. The car was rented in advance without a limited mileage. We got the required insurance package without overpaying via this site. We received a car in Warsaw without any problems.
Valeriy Khomutov
We drove along the main routes of South Korea for business and information purposes. For greater comfort and freedom, we rented a car. The rental was issued and paid for via the website. At the destionation place about the agent gave us the car without many words. The resource operates very well.
Xiao-Wen Terry Liu
We traveled very often, but because of the price increase we began to save money. Recently we tried to travel by a rented car on the advice of our good friends. It turned out to be more interesting and cheap. We saw many wonderful places. We looked for a car on this site and were worried that we managed to do it. Upon the arrival we got a rented car without any problems. We turned it also without difficulties. We are satisfied.
By using our website you agree to our use of cookies in accordance with our cookie policy.
By using our website you agree to our use of cookies in accordance with our cookie policy.