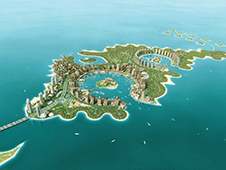 On the south west Asia is a small country called Qatar. It is the perfect place for a variety of recreation and tourism. The country has something to do shopping fans, beach lovers, and all those who are interested in the traditions of different peoples. The main products in local stores are elements of textiles. In addition, in Qatar it can be profitable to buy gold jewelry of excellent quality. Numerous museums attract travelers: national, ethnographic et al., As well as a zoo and an amusement park.

The main spa town is considered to be the capital of Qatar – Doha. All the state as a whole is developing quite rapidly in tourism. Gradually increasing popularity of Qatar, and the local pricing pleasantly surprises visitors.

In order not to waste time on travel on public transport, be sure to use the car rental service at the airport in Qatar – Hamad International Airport. Book a car online bookingcar.ru and take it upon arrival in the country.

It should be noted that in Qatar the police quite serious about traffic violations. For this reason, the country includes large fines for the slightest deviation from the SDA - break them, at least not profitable.

Making rental in Qatar: Rules of the road

To safely and comfortably move through unfamiliar country, should examine its existing rules of the road:

In each country, the rule is considered to be important enough to the speed limit on certain roads. It is noteworthy that the local population is often violates these limitations, but this does not mean that tourists will be able to avoid penalties and more serious punishment.

One of the most serious violations of traffic rules in Qatar is considered to be driving a vehicle while intoxicated. The local government is so serious about this rule that the maximum allowable norm of alcoholic substances in the body is considered a zero rate - 0.0 per thousand. This means that after drinking to drive strictly prohibited.

By controlling rent a car in Qatar, you will be pleasantly surprised by the fact that in this state the cost of fuel, which is used for charging transport is at a minimum:

Such reasonable prices due to the fact that Qatar - oil producing countries, and in countries such prices are always lower than the average.

Average Rating 4.6/5 , 2176 opinions
Yoav Yogev
Recently I've toured Hungary. I've got amazing imressions and memories. I've rented a car. It's been very cheap taking into account unlimited mileage, full package of inclusive terms and ability to return the car in another place. Such luxurious conditions could be found with the help of this car aggregator. I recommend it, because now I use it constantly.
Varga Andrea
I visited Moldova to research it. It was this search engine that helped me to find a good car for traveling, because the others simply ignored the country. I booked a rental and paid for it without problems on the site. I got the car easily. I'm satisfied.
Viktor Seniut
Me and my friends went to the rally along the Mongolian steppe. We got a lot of impressions and adrenaline. We looked for offroaders for a long time and could find them only via this aggregator. We booked the cars there immediately. At the destination place, we received the cars without problems. We recommend it and will use it again.
Vitalii Miliaiev
We had an excellent trip to the Cote d'Azur. We visited small towns, which were calmer and cheaper. We traveled by a rented car. We booked a car and paid for rent via this resource. It's very convenient and inexpensive. We chose a mini-car, so we spent money on rental cost and fuel.
By using our website you agree to our use of cookies in accordance with our cookie policy.
By using our website you agree to our use of cookies in accordance with our cookie policy.