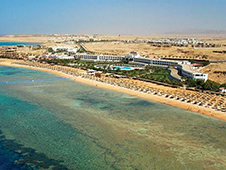 Car rental in Sharm el-Sheikh from 25 euros per night

Warm Red Sea, plenty of water activities and low prices with excellent service – all year round attracting tourists in Sharm el-Sheikh. During the day you can bask on the beach for a long time, at night – have fun in the nightclubs. The resort on the Sinai Peninsula, stretching along the sea 35 km – a paradise for divers.

For lovers of historical attractions of Sharm el-Sheikh is interesting, first of all, the mountain of Moses – a sacred place for Jews, Christians and Muslims. Numerous visitors are also attracted by the ancient tombs Navamis and St. Catherine's Monastery. Fans of natural beauty worth visiting Coloured Canyon, astounding bizarre game of shapes and colors.

Unfortunately, all these attractions are outside the city, so fans of active holidays without cars can not do. You can rent a car in the "Ras Nazran '- at the airport in Sharm el-Sheikh, after making your site bookingcar.ru.

A police officer is not required to stop the driver violated traffic rules. It simply records the number at the machine, makes the report and after a time the culprit causing the station to present a receipt for payment of the fine. Since all the papers are filled in Arabic, the offender is a foreigner, be warned beforehand about the translator.

In Egypt, you can not put the car near the government buildings and residences of politicians, but you can park free on the street. However, to make it physically extremely difficult due to the excess of cars in the resort town. At night, rented cars can be parked on the paid parking, which in Sharm el-Sheikh lot. Cost of service - 15-20 EGP. Parking for 2-3 hours will cost 5 EGP.

Car rental in Sharm el-Sheikh will not hit the pocket, since fuel is cheap. A liter of gasoline costs an average of 1,75-1,85 EGP, diesel - 1,1 EGP, gas - 0,45 EGP. In the desert refueling rare, so better stock up fuel for future use.

Average Rating 4.6/5 , 2176 opinions
Yuval Cohen
When we sent our girlfriends for shopping, we rented the car via this resource and chose an inexpensive car, despite their desire to show off. They liked the trip very much. And The obligatory insurance against road accidents came in useful. Besides, it was already included in the rental cost. Our sweethearts met with a minor accident. By the way, it wasn't their fault. As a result, everything worked out, and we had a great time at home))). So the insurance is necessary.
yecheskel reich
We've got tired of traveling on arranged tours. All of them are a bit primitive. Recently we've decided to visit Greece by car. Impressions are quite different and you can see as much as possible, but the level of spending is much lower. We've rent a car via this site. We've found everything there, chose a car and paid for it. Everything is very simple, understandable and convenient. I recommend it to everybody.
Vladimir Sapenok
I traveled to India and rented a car in the capital. Everything turned out to be very simple. Via this site I found, chose and booked a car from a well-known provider. I took a mini-car. There were no problems with payment and getting a car. Roads are similar to ours))), but this is the problem of the country, not the provider))).
Vitaly Lyubimov
Once we've tried to rent a car at the destination place and the provider's representative has said that they haven't been available because we are from Russia. Now we reserve a car in advance before departure. Since we've started to use this site, problems or difficulties in obtaining a car have never occurred.
By using our website you agree to our use of cookies in accordance with our cookie policy.
By using our website you agree to our use of cookies in accordance with our cookie policy.