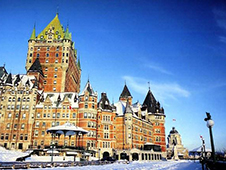 Rent a car in Quebec

Quebec came back in 1608 and is a metropolitan city of one of the Canadian provinces of the same name. To date, Quebec – a major center of commerce, industry and tourism in Canada. City filled with a variety of museums that are visited by tourists. It is noteworthy that the visit to each museum brings a lot of benefits: not only do you get an aesthetic pleasure, but also learn a lot from the history, geography, art, etc.

The most convenient way to get around the city – his car. To arrange a rental car at the airport in Quebec, use the services of the site bookingcar.ru. You just need to fill these fields.

Canada is among those countries, which are allowed to operate a vehicle, despite a certain amount of alcoholic substances in the body. If you take in a rental car in Quebec, keep in mind that the local police have the right to prescribe the penalty for exceeding the allowed rate of alcohol when checking found more than 0.8 ppm. This is a rather high figure, which, meanwhile, is considered mild stages of intoxication.

Rent any car in Quebec: the cost of fuel

In Quebec, the following trends can be traced changes in the cost of fuel, which is used for refueling vehicles: recently petrol prices rose substantially, and diesel - fell:

On the territory of the entire country has a unified metric system, despite the fact that some rules of the road vary from one province to another.

In Quebec, has the following speed limits for vehicles:

In the city there are paid, and free parking. Drivers are encouraged to pay close attention to labels and various information signs present on parking. They usually warn that keep the vehicle at a particular parking space can only certain categories of drivers. It also indicates the parking operation. Separate parking space intended for the grace of the population and are marked with appropriate signs.

Average Rating 4.6/5 , 2176 opinions
Vera Petrova
On the advice of my good friends we went on a road trip around Austria. We got great impressions and an opportunity to see a lot of interesting things. We rented the car at home via bookingcar. Due to this search engine we had a journey in an excellent car for modest price. We paid for the car via this site.
William Pedder
Last year we went on a trip with friends and rented a car. It turned out that all people travel that way. We had a great time. This year we've looked for a car via this resource on tha advice of our friends. Everything is easy, simple and understandable. The right car has been found in just a few minutes. We've been pleased with the low rental cost and an extended package of inclusive terms. We paid for the car on the site, and got it on time at the airport without problems.
William K. Stell
I don't like to spend the vacation at the pool. Motion is very important for me. Recently I've driven around almost the whole Italy. I rented a car via this resource. I've been pleased with the opportunity to find a car with hybrid system. The rental cost is quite affordable. The trip has been great. I've visited the places that I wanted to visit for a long time. I haven't been depend on anyone. I've liked everything. There is payment on the car aggregator without redirections and additional charges.
Vladylen Vavilov
I have been using this aggregator for a long time when searching for a car to travel around different countries. I know that the sample of options is always the largest, and there is no fees. I've compared it with the prices at the destination place for many times. In general, it helps to do everything in advance in a couple of minutes.
By using our website you agree to our use of cookies in accordance with our cookie policy.
By using our website you agree to our use of cookies in accordance with our cookie policy.