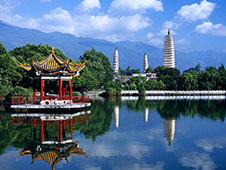 Rent a car in China

Peoples Republic of China – a powerful, well-developed state, with a population of 1 billion. 347 million. 374 thousand. 752 people. At the same time so many people have to be placed in an area of 9,596,960 km 2. The state capital – Beijing, and in China a lot of significant urban development. Among them, the most developed recognized Tianjin, Guangzhou, Shanghai, Shenyang, Wuhan, Fuzhou, others. The unique structure of the state has a lot of interesting places, sights that are worth seeing.

The explanation for this – a centuries-old history, which has turned China into one of the most powerful state organizations on the planet. It deserves the attention of all: monuments of architecture, modern buildings, national parks, wilderness areas with pristine flora, fauna. To a trip to China was the most comfortable, is a pre-hire cars. The easiest way to apply to the site bookingcar.ru. After arrival in the country can get a car in the center of cities, international airports in China: Shanghai, Beijing, Macao and other cities.

The speed limit in China

Moving on Chinese roads by rental car the driver is obliged to observe the speed limit. Strictly observe the following frame speeds in different areas:

The problem of China's most populous and relevant in the process of parking. Usually when buying a Chinese car required by law to purchase a parking space at the same time. This eliminates the problem of finding a parking space, especially when it comes to the metropolis. The situation becomes complicated when you need to find temporary, permanent place to park the rental car.

Some Chinese cities there is a rule that you can leave your car on the street, on any comer empty meter. Thus cars should be placed only in the direction of movement. If the driver is worried about the safety of the machine, you can search for paid parking. To park in any Chinese city there are special areas whose boundaries are marked by solid lines.

On the territory of China operates the order of traffic that is somewhat different from similar laws in Europe. The main difference - the location of the steering wheel to the left, that automatically attracts right-hand movement on the highway, overtaking left-hand rule. Before performing overtaking driver must turn the spotlight left turn, accompanied by manipulation of sound notification. If it is dark outside - the owner of a car rented in China, is repeatedly switched Main and dipped. When driving on the highway in a light, night-time driver must:

Fines for traffic violations in China

Observance of rules of conduct on the roads in China watched everywhere installed cameras. Workers control traffic on the track appear only in case of emergency, accident. In addition, the traffic police regulate traffic on the busy intersections.

Traffic police has not the right to stop drivers on the roads. Exceptions are special raids that take place in China from time to time. If an employee Road Control stopped the driver, who has the full right to fix the conversation on video as the evidentiary material. Court acts in violation of China's objective, based on the facts presented. After that decision is made, a penalty is issued, the amount of which depends on the nature of the crime, the size of the damage.

Reviews
China – travel around the country in a rented car