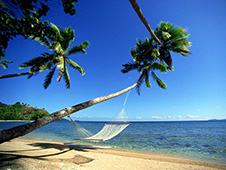 The world-famous resort, the pearl of India, Goa is considered, lying about 400 km south of Mumbai in the Indian Ocean. On the territory of this unique city are many beaches where you relax on the golden sands under the azure sky attracts millions of tourists from around the world. Here, with the same success you can enjoy your vacation in a cozy hotel, gamble, go on a tour to admire the beauty of wildlife.

Goa is famous for its wild beaches, pristine lakes, jungles, fantastic waterfalls. Here it is, there are options for any tourist, adventurer, businessman who had come to rest. The most convenient way to quickly get to any part of the city – rent a car in Goa, for example in the city center. Before the trip is to visit the site bookingcar.ru, book a car in advance. This is convenient, because on the way to India, you can not worry about getting around the country.

Allowable rate of alcohol while driving a rented car in Goa

On the territory of Goa acts the same system of penalties for drunk driving, as well as other cities of India. The average fee for a violation is $ 8 or 1200 rupees. However, this is not the final figure. The penalty is paid at the place, the inspector traffic control with whom you can agree to lower the price. Drunk driver driving on Indian roads - mostly the tourists. Local residents believe that taking alcohol, then get behind the wheel - below their dignity.

India Roads are narrow, the more the quality of the road surface is poor. In addition, the high density of population creates considerable movement, whether it is a central highway or country road blank. To this is added the fact that the roads in India are allowed to move a herd of cows, travelers on donkeys, camels.

As a result of all the factors, collected together, the speed on the roads of Goa is not more than 40-50 km / h. This plug for the country - a common phenomenon. This proves the fact that if the Indians sacred animal, the cow, decide to take a nap in the middle road, the driver stopped the car, will patiently wait for her awakening.

Parking the car, rented in Goa

Today, India is a country with one of the lowest standards of living. If we talk about parking in Mumbai and other cities of India, it may be noted that the rates for parking are low. About where you can temporarily put the car signaled markup. It can also be a special fence, signifies a special territory.

Such parking - a rarity, they can be found only in large cities. For small settlements and not the rule. Approximate cost of parking in the territory of Mumbai is 1.8 $. All car parks cost almost the same. Tourists staying at the accommodation, often use parking is available nearby.

Produced machines India denied standard side view mirrors. They replace the signal horn, which is constantly used by all the locals, visiting tourists. In addition, the rear of the car often attach labels, stickers. Their main slogan - appeal as often as possible to use the horn when driving on the road.

Terms of movement on the road, and drive on the left, officially exist. However, in practice it turns out that motorists have to constantly violate them. Nevertheless, accidents on the highways, byways of the city is very small. Every driver knows the danger to life, in varying degrees, observing the rules.

Failure to move on the roads of Goa stimulates the lack of road markings, warning, prohibition signs. The locals are used to this situation, but for them it does not become a pretext to violate the law. Travelers guests of the early days of wondering what is happening, but soon become accustomed.

Traffic lights at most intersections, at the edge of the road for the residents of Goa play more than a decorative function. Often they simply ignore, overlook, however, this does not preclude the driver's responsibility for the safe movement on roads. Pedestrians in India is very careful. They are accustomed to the bustle in the streets, learned to deftly maneuver between other people, mopeds, cars.

On the territory of Goa approved the "days of the taxi driver." At this time, the hotel may pass only buses that transported tourists to the airport and back. The rest of trucking may only be taxi drivers, they are also allowed to serve excursion routes.

Fines for traffic violations at rental car in Goa

Employee traffic control Goa has the right to fine a driver who while driving car talking on mobile phone. Stop the car not only fully able to stop the movement of the cow. Here, as in the rest of India, they are listed as a sacred animal. The driver will pay a fine if accidentally injure or knock creature.

Anyone who sits behind the wheel of the car is worth remembering that move on tracks roundabout is with the utmost care. Other drivers are not going to miss anyone, so it is worth to focus in order to avoid emergency. Otherwise it will have to pay a fine for careless driving on the roads of the city.

Included blinker for local motorists remains virtually unnoticed. It is best to use dual signal horn, which is clear to any motorist. If the driver is driving in a city in a state of intoxication, for that traffic police officer can impose a fine. Usually, the locals do not suffer from such defect, drunk driving can be found here except that careless tourists.